30 January 2015: Integrated Reporting has a role to play in the shift from short-term capital markets to sustainable capital markets. As the World Economic Forum in Davos focused on “The New Global Context” such as climate change, big data and the increasing necessity to plan for the long term, Paul Druckman, CEO, IIRC was invited to speak about the role Integrated Reporting has in creating sustainable markets.

As research into the businesses moving towards demonstrates, corporate reporting is central to improving decision-making, strengthening risk management and counteracting the misallocation of financial, natural and human resources – all of which are crucial for operating successfully in this new global context.

Christine Lagarde, Managing Director, International Monetary Fund said, “Growth, trade, development, and climate change: 2015 will be a rendezvous of important multilateral initiatives. We cannot afford to see them fail.” The IIRC will continue to play its part in tackling these issues by encouraging an end to incentive systems, such as quarterly financial reporting, that perpetuate short term thinking and decision-making. We are encouraging the introduction by regulators of principles-based Stewardship Codes for institutional investors that sit alongside the Corporate Governance Codes and underpin strong dialogue focused on strategy, resource allocation and value creation over the short, medium and long-term.

Speaking at Davos, the Colombian Minister of Finance, Mauricio Cardenas said that he is, “no expert in climate change, but an expert in paying bills, and I am paying them every day because of climate change.” This quip gets to the core of Integrated Reporting – for too long reporting has focused on the purely financial, failing to give proper consideration to the fact that the other resources which have been sidelined – such as natural capital – are core to the value creation story, and therefore must be integrated into the same strategy, decisions, and reports as financial capital. 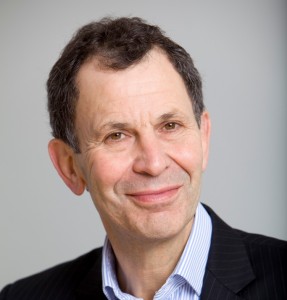 Paul Druckman commented, “The real message from Davos was that the challenges the world faces are interconnected, and to solve them they must be faced together. It is clear that business leaders believe 2015 is the year to act – there has never been a better time for corporate reform. As markets and businesses begin to strengthen and regain trust, there is a real opportunity for reform that focuses decision-making on long term prosperity to take hold.”

The IIRC will continue its involvement in global policy initiatives in 2015 in order to bring about solutions to the challenges highlighted at the World Economic Forum. In particular the IIRC will participate in the B20 process during Turkey’s presidency of the G20 in 2015, which will take forward recommendations from Australia’s Presidency, and will examine whether corporate reporting can become more conducive to long-term investment, particularly in infrastructure.

Project MainStream, part of the World Economic Forum’s Circular Economy initiative, has released a new project outline containing three programmes to accelerate the transition to a circular economy. The circular economy is a model that focuses on careful management of material flows through product design, reverse logistics, business model innovation and cross-sector collaboration. These three new programmes usher in the first stage of Project Mainstream’s implementation, which involves over 30 global companies working together to help redesign material flows across the economy.

Project MainStream is a World Economic Forum initiative in collaboration with the Ellen MacArthur Foundation, with McKinsey & Company as the knowledge partner. The three new programmes focus on plastic packaging, paper and paperboard, and asset tracking. The programmes will advance collaboration across these major supply chains during 2015 to address current bottlenecks and leakages that result in loss of material value.

“The need for more circular models of manufacturing and design is undeniable – currently, 80% of the $3.2 trillion value of the consumer goods sector is lost to product waste each year,” said Dominic Waughray, Head of Public-Private Partnership and Member of the Management Committee at the World Economic Forum. “Project MainStream’s three new programmes align to sectors and value chains in the global economy that are ripe for practical action, offering a strong starting portfolio as we move from analysis to implementation.”

With the price of oil rock-bottom, now is the perfect opportunity to cut $2 trillion worth of energy subsidies across the world and invest it equally in job creation and education, with a special focus on women, said Christine Lagarde, Managing Director, International Monetary Fund (IMF), Washington DC. She was speaking at a panel debate examining global economic growth, inequality and the role of technology at the 45th World Economic Forum Annual Meeting.

“Excessive inequality is not good for sustainable growth,” Lagarde said, adding that inequality had worsened since the financial crisis. “Distribution per se matters,” she said, because “if you increase the income share of the poorest it has a multiplying effect on growth.” These views, once considered extreme, are now mainstream, she added.

Winnie Byanyima, Executive Director, Oxfam International, United Kingdom; Co-Chair of the World Economic Forum Annual Meeting 2015, acknowledged that the rich are producers of great wealth. However, she added, the issue is about political capture. “Extreme wealth takes over the role of public decision-making,” she said.

More than 2,500 participants are taking part at the 45th World Economic Forum Annual Meeting in Davos-Klosters, Switzerland from 21 to 24 January 2015.