30 April 2015: 33 % of S&P/ASX200 companies still rate in the two lowest categories of the Australian Council of Superannuation Investors’ annual review of sustainability disclosure. ACSI’s sustainability disclosure research, now in its eighth year with this 2015 report, assesses the level of public reporting by Australia’s largest listed companies with the goal of promoting continuous improvement in reporting standards and practices across the market.

The review is based on the premise that environmental, social and governance (ESG) risks can have a significant impact on the long-term performance of companies. Therefore, thorough disclosure of information regarding their performance in these areas, broadly referred to as sustainability risks, is integral to quality investment decision-making. 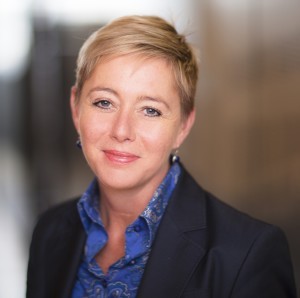 ACSI’s newly-appointed chief executive, Louise Davidson, said that for investors to effectively price and evaluate ESG issues as part of their analysis of existing and potential investments, companies need to both to explain the risks relevant to them and their industry and how they are managing them.

“A lack of reliable and comparable disclosure of corporate performance, beyond that contained in traditional financial reporting, can undermine effective communication of these longer-term measures of business success by company boards to their owners,” said Ms Davidson.

Investors, such as ACSI’s members, need meaningful, accurate, timely and comparable data to help them identify and manage their exposure to ESG investment risks as they make decisions about selection and weighting of stocks in their portfolios. This information is also a crucial input into investors’ processes for engaging with companies and exercising their ownership rights.

Pleasingly, this year’s research shows a continuing positive trend in sustainability disclosure practices, with almost 50% of companies rated in the top two categories of ‘Leading and Detailed’ up from 40% in 2014.

At the other end of the scale, however, 33% still rate in the two lowest categories, ‘Basic and No Reporting’ (down from 40% in 2014) – levels which are considered to be far from meeting the needs of investors.

“While this result is an improvement on previous years at both ends of the scale, it is disappointing that so many companies are still falling short of the reasonable sustainability reporting expectations of their long-term shareholders.

The Australian Council of Superannuation Investors (ACSI) is a collaboration of Australian superannuation funds and international asset owners, bound together by their common interests as long-term investors in the capital markets. The focus of ACSI’s research, policy and representation is environmental, social and governance (ESG) investment risks and opportunities.