By James Whitmore, The Conversation 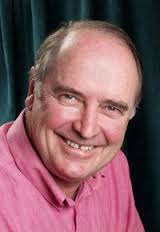 China’s use of coal for electricity could peak as early as next year, then decline until 2020 in a turnaround of “global importance”, according to economist Ross Garnaut in a lecture presented at the Melbourne Sustainable Society Institute, University of Melbourne.

The shift means the world has a much better chance of keeping global warming below 2 degrees C — the internationally-agreed guardrail against dangerous climate change.

Slowing economic growth, increasing energy efficiency and growth in low-carbon electricity sources are driving the trend. The Chinese economy grew strongly between 2000 and 2011 by 11% each year, but has slowed to around 7% each year since.

Combined with increasing energy efficiency, this is driving down growth in energy demand — to around 4% each year. At the same time, low-emissions electricity sources — hydro, wind, nuclear, solar and gas — have grown strongly, by around 4% each year. Because these sources are cheaper to use than coal, this has led to a “dramatic decoupling” of coal from economic growth, said Garnaut.

Solar energy has recorded the fastest growth since 2010 — generation capacity of solar increased by over 140% between 2012 and 2013. But solar is difficult to predict, and Garnaut expects growth to slow up to 2020.

Even so, low-carbon sources will continue to grow strongly until 2020. Wind power grew by nearly 40% between 2012 and 2013, and is forecast to grow by 18% each year until 2020. Over the same period nuclear grew by 14% and hydro by nearly 5%, and both are expected to grow at similar rates each year until 2020. Gas was more difficult to predict, due to uncertainty over domestic gas finds, but is forecast to grow by 25% each year. “Non-coal sources of energy account for virtually all the growth in electricity demand,” Garnaut said.

While Garnaut based his “conservative” projections on the electricity sector, he said he would not be surprised to see total carbon emissions in China peak by 2020. “It makes it possible to think realistically about the world reaching a 2C target.” While China would need to do more between 2020 and 2030, the projections suggest China has turned the corner.

Garnaut based his projections on targets and policies already in action. He acknowledged that vested interests in coal, as in Australia, could slow the transition from coal to other energy sources, but said that the new model for economic growth was currently winning.

This article was originally published on The Conversation. Read the original article.