The Climate and Health Alliance and the Climate Council have released a Joint Statement on the Health Effects of Coal in Australia in response to the Inquiry report from Hazelwood coal mine fire in Victoria, saying: 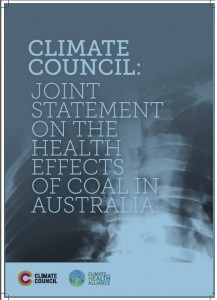 The Joint Statement on the health effects of coal calls for: health risks to be considered in all energy policy and investment decisions;  independent air, water and soil quality monitoring at and around every coal mine and power station in Australia; and funding for research into health, social and environmental impacts of coal.

The Joint Statement on the health effects of coal is accompanied by a Briefing Paper on Health Effects of Coal in Australia which outlines the scientific health and medical literature on the impacts on health from the production of coal.

The Joint Statement is signed by Professor Fiona Stanley, Professor Tim Flannery from the Climate Council and Dr Liz Hanna, President of Climate and Health Alliance on behalf of CAHA’s 27 member organisations.

The Joint Statement on the health effects of coal reads:

“We, the undersigned, accept the clear evidence that:

“We believe that Federal and State governments must urgently research and account for these risks to human health starting with consistent air, water and soil quality monitoring at and around every coal mine and power station in Australia.

“We are calling on governments and industry to acknowledge the significant human health risks associated with the whole lifecycle of coal production – mining, transportation, combustion and the disposal of waste – and to urgently fund research and account for these risks in policy, planning and investment decisions in Australia.

“While we recognise the role coal played in the industrial revolution – as an important energy source helping advance economies and improve livelihoods – studies now show that every phase of coal’s lifecycle presents major human health risks and contributes to ecological degradation, loss of biodiversity and climate change.

“In addition to the release of greenhouse gases, which are the primary cause of climate change, coal mining and electricity generation emit known toxic and carcinogenic substances into our air, water and land. These emissions include mercury, lead, cadmium, arsenic, nitrogen oxides and inhalable airborne particulates.

“Authoritative studies in Europe and the United States show severe health impacts from coal emissions on miners, workers and local communities. These studies link coal pollution to the development of potentially fatal diseases, resulting in thousands of premature deaths and costing national economies tens to hundreds of billions of dollars every year. In the United States, the Physicians for Social Responsibility found that coal contributes to four of the five leading causes of mortality: heart disease, cancer, stroke and chronic respiratory diseases.

Health risks are not limited to mining and combustion. Emissions from coal mine fires are linked to lung cancer, bronchitis, heart disease and other health conditions. At home, despite Australia’s heavy reliance on coal for electricity generation – it provides 75% of our electricity supply – research and monitoring of the resulting health effects is limited. Most research has been conducted overseas, whereas in Australia – one of the world’s leading producers, consumers and exporters of coal – the burden of disease remains under investigated.

Furthermore, the disease burden will escalate as the massive coal industry expansion underway in Australia presents additional risk to human health in Australia and overseas. The significant health costs associated with coal are not currently reflected in the price of coal-fired electricity in Australia. In 2009, the Australian Academy of Technological Sciences and Engineering (ATSE) estimated coal’s health impacts cost taxpayers $2.6 billion every year.

“A dire lack of monitoring and research in Australia is letting down coal mining communities.”

Recommendations about the health effects of coal:

More about the organisations

This joint statement is signed by Professor Tim Flannery, Professor Fiona Stanley, the Climate Council of Australia and the Climate and Health Alliance representing its 27 health organisations as members. 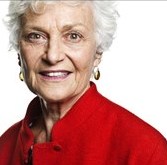 Professor Fiona Stanley, Distinguished Research Professor, School of Paediatrics and Child Health (SPACH), The University of Western Australia, a Vice-Chancellor’s Fellow at the University of Melbourne and the Patron of the Telethon Kids Institute. 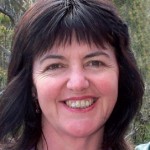 Dr. Liz Hanna, President of the Climate and Health Alliance