You’ve changed your lightbulbs, you recycle, you’ve retrofitted your house, cycle when you can, and drive an electric car when you can’t. You’re doing your bit to reduce your carbon emissions and prevent dangerous climate change.

But if you have two children, your legacy of carbon emissions could be 40-times higher than those you saved through lifestyle changes.

In fact, under dangerous climate change scenarios in 2050, nearly a third of carbon emissions can be avoided by slowing population growth.

The United Nations recently estimated (with qualifications) that the world’s population may reach almost 11 billion by 2100. This estimate represents an increase of almost 1 billion from the UN’s 2011 projection. One reason for the increase is that birth rates in many developing countries remain high.

If families, on average, have half a child more than the UN projects, population will reach 16 billion by 2100.

Overpopulation is often argued to be the driver behind many of the problems the world faces — from climate change to food insecurity — driven by choices at the level of individuals and families.

One way to reduce the impact of population could be to include family planning in carbon markets. Here’s how it could work. 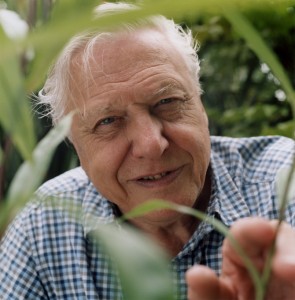 David Attenborough asks us to make a list of all of the environmental problems which afflict the planet — climate change, desertification, famine, loss of rainforest, collapse of fish stocks, shortage of arable land, and so on. He argues that these problems share one underlying cause: all of these problems become “more difficult — and ultimately impossible — to solve with ever more people”.

Another way of looking at the population problem is to ask the question posed by University of California Los Angeles’s Laurence Smith:

What if you could play God and do the ethically fair thing by converting the entire developing world’s level of material consumption to that now carried out by North Americans, Western Europeans, Japanese, and Australians today?

That world, for Smith, would be frightening. Consumption globally would rise eleven-fold. Where would all that meat, fish, water, energy, plastic, metal, and wood come from in a carbon/climate-constrained world?

Suppose, though, that such conversion takes place gradually over the next 40 years. If demographers’ estimates of world population projections are correct, and if the ultimate objective is for everyone on Earth to live like the developed world, we will need enough stuff to support the equivalent of 105 billion people.

Such a world is completely unsustainable — yet it is, as Smith points out, the “end goal implicit in nearly all prevailing policy”.

In “Reproduction and the Carbon Legacies of Individuals,” statistician Paul Murtaugh and others from Oregon State University argued that a person’s reproductive choices must be considered together with his or her everyday activities to work out that person’s impact on the global environment. 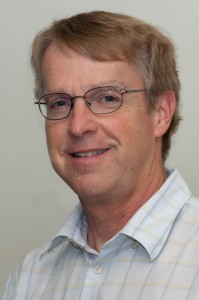 In their 2009 paper, Murtaugh et al proposed a mechanism to quantify the consequences of the childbearing decisions of an individual.

Under this scheme, the consequences of reproduction have a huge impact on an individual’s long-term carbon legacy. The potential savings from reduced reproduction are dramatic compared to that achievable by lifestyle changes.

The authors found, for example, that a woman living in the United States who implemented certain lifestyle changes over the course of her life — including increasing car fuel economy, reducing driving distances, replacing old windows, light bulbs and refrigerators with energy-efficient models, and recycling — would save approximately 486 tonnes of carbon dioxide emissions.

By having two children however, that same woman would contribute almost 40 times more carbon dioxide to the air.

[w]hen we set the size of our families, we are, each in our own small way, determining how the world of the future will look. And we’re doing this not just for ourselves and our own children; we’re doing it for everyone else’s children, too.

Recent research in Proceedings of the National Academy of Sciences also shows that slowing population growth could provide between 16 and 29% of emissions reductions necessary by 2050 to avoid the effects of dangerous climate change.

By 2100, the results of slower population is even more stark: emissions from the use of fossil fuels would be reduced between 37 and 41% across the scenarios set out in the article.

As the authors note, their results “show that reduced population growth could make a significant contribution to global emissions reductions”. 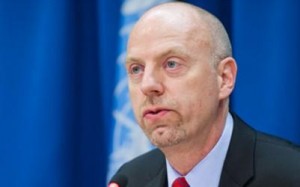 “There is a strong case to be made that the world faces sustainability issues whether it has nine billion people, seven billion people or four billion people,” says John Wilmoth, the director of the United Nations Population Division. As he asks, “nobody can deny that population growth is a major driving factor, but in terms of the policy response, what are you going to do?”

One approach would be the provision of carbon credits for having fewer children. Market-based mechanisms — emissions trading schemes (essentially cap-and-trade schemes) — are in vogue as a means to address the climate change problem. Why not use such mechanisms to address the population problem?

For example, a financial incentive could be provided in the form of carbon credits for individuals who chose to limit their family size.

In broad outline, the scheme could work as follows: families (or a female individual) would be offered carbon credits if they (or she) elected to have one child (which is less than the replacement fertility rate of roughly 2.1 births per woman for developed countries).

For each additional child, credits must be purchased from the relevant carbon market that may be a local, national or international one depending on the scope of implementation of the scheme. If a family or an individual chooses not to have children, they (or she) can sell those credits on the market. Such a scheme could be seen as a mechanism to make smaller families more appealing.

This is not an original idea — New York Times reporter Andrew Revkin, for example, has examined whether, given the global extent of emissions trading schemes, the “next logical step” would be carbon credits for avoided children. As he says:

Should you get credit – if we’re going to become carbon-centric – for having a one-child family when you could have had two or three? And obviously it’s just a thought experiment, but it raises some interesting questions …

Or, if having children is, as philosopher Michael Sandel says, “a central aspect of human flourishing,” is it “unfair to condition access to this good on the ability to pay”?

We don’t necessarily advocate such a market-based scheme as a mechanism to address the population problem. We do believe, however, that consideration should be given to such schemes that attempt to address the problem.

The authors thank Professor Richard Harper for helpful discussions regarding market-based mechanisms and the population problem.

The authors do not work for, consult to, own shares in or receive funding from any company or organisation that would benefit from this article. They also have no relevant affiliations.

On 10 October, Science journal released an article commenting on the new figures by the UN which suggests concerns that world population may not peak this century as once thought.