The review of the renewable energy target (RET)- the policy which underpins the vast majority of investment in Australia – was announced in February last year and has still not been resolved. 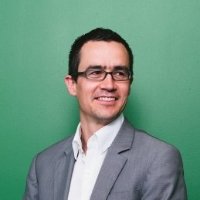 Clean Energy Council Chief Executive Kane Thornton said this latest report by leading renewable energy analysts Bloomberg New Energy Finance showed the effect that almost a year of uncertainty can have on an industry that was ready and waiting to be a lifter for the Australian economy.

“Investment in large-scale renewable energy projects such as wind and solar farms last year was down 88 per cent to just $240 million – the worst levels we have seen for more than a decade. Australia’s renewable energy investment is now lagging behind countries such as Panama, Honduras and Myanmar,” Mr Thornton said.

“And this comes at a time when the rest of the world is massively ramping up its investment in cleaner forms of energy.

“Despite the review of the RET showing that the policy was working effectively and that costs for consumers would be higher if the target was reduced, the Federal Government appears determined to break its pre-election promise and push ahead with plans to radically slash the level of the target.

“This is spooking international investors who were attracted to Australia because of our world class wind, solar, hydro and bioenergy resources, and a strong renewable energy policy which had enjoyed bipartisan support for the past decade – including the lead-up to the last Federal Election.

“The renewable energy industry has the potential to make a big contribution in terms of jobs and investment, but this can only occur when the government resolves the current review and supports a strong target for the future of the industry,” he said.