By Dylan McConnell, University of Melbourne

We have 9,000 megawatts (nine big power stations equivalent) of excess capacity in electricity generation … We have more than 15% overcapacity in generation in Australia – Industry minister Ian Macfarlane, ABC Radio, September 9.

The National Electricity Market is an “energy-only” market — capacity isn’t traded. We consider these markets in balance when there is 15% more capacity than the expected peak demand for electricity. The NEM has been in a state of structural over-supply for some time now — currently close to 30% over expected peak demand.

A key aim of the Australian Energy Market Operator (AEMO) is to “promote efficient investment in and operation of Australia’s electricity and gas markets”.

“There is potentially between 7,650 megawatts and 8,950 megawatts of surplus capacity across the National Electricity Market in 2014–15. Approximately 90% of this is in New South Wales, Queensland, and Victoria.”

The operator modelled three economic scenarios — high, medium and low growth. For the first time in the history of the National Electricity Market, the modelling shows that no new capacity is required over the next ten years. The figure below illustrates that this surplus capacity may increase or decrease, depending on the scenario.

This is a point echoed by the latest Renewable Energy Target review from a panel led by businessman Dick Warburton. The current levels of oversupply are used to argue for no new investment in renewable energy:

In a market environment where capacity is already oversupplied and demand may continue to decline it is quite reasonable (and efficient) for no new investment in capacity to occur.

This may be true. However this argument confuses the role of the RET with the role of the National Electricity Market. As the Panel’s report points out, the “NEM was designed to correct [oversupply in the market]”. The objectives of the RET, on the other hand are to:

Given that they are the objectives of the legislation, these represent a useful measuring stick to evaluate its performance against. The legislation itself actually provides guidance on the review process, including:

the Climate Change Authority must conduct reviews of the following:
(a) the operation of this Act and the scheme constituted by this Act …

Minister Macfarlane also claimed that the government was “simply keeping to the legislation” in reviewing the target.

But as we’ve seen the supply-demand balance of the market does not feature in the RET’s remit. And nor should it — that is after all the purpose of the NEM.

Indeed if the RET was left untouched, an efficient market should correct the supply-demand imbalance on its own, via the least profitable generation withdrawing from the market. And in this process, consumers may benefit from lower electricity prices.

Arguing that oversupply justifies no new investment is just one side of the equation. An equally reasonable argument might be that the RET is functioning fine, delivering on its objectives and left be, the NEM will re-correct the supply imbalance, just a different way. Whether or not you think this is “efficient” outcome likely depends on whether or not you think climate change is real.

Minister Macfarlane has also claimed that the RET “no longer aligns with the percentage target”.

But in the RET legislation there is no mention of even a 20% target (“real” or otherwise). Instead there is a 41,000 gigawatt hour target for 2020. This was originally estimated to represent approximately 20% of electricity generation in 2020. The original policy commitment was actually for “the equivalent of at least 20 per cent of Australia’s electricity generation comes from renewable resources by 2020”.

The Minister’s statement is factually correct. According to Australian Energy Market Operator, there is between 7.5-9 gigawatts of surplus capacity (though the capacity overhang is greater than 15%). However it is a non sequitur to use this to justify radical reform of the Renewable Energy Target.

There is certainly widespread agreement that there is a substantial amount of excess generation capacity in the National Electricity Market for at least the next decade, as both Mr Macfarlane and the Fact Checker state.

The Fact Checker is also correct that to propose that investment in new renewable energy generation should be halted to solve a problem in the electricity market is a non sequitur. The Fact Checker’s position can be supported in several ways.

First, if government applied a similar approach in other areas where emerging competitors create excess capacity in an existing industry, our economy would stagnate.

For example, when the gas industry took market share from electricity, it did not have to consider its impacts on the electricity industry. Similarly, the developers of mobile phone networks did not have to limit their expansion due to excess Telstra landline capacity. Building a freeway can create excess capacity in competing public transport services. And so on.

Second, the electricity regulators and the industry itself could adopt a wide range of options to address the excess capacity problem, for example, by simply allowing the industry to “shake out”. At present we are seeing exactly this in the mining industry, where high cost producers are struggling because demand for iron ore and coal has fallen short of expectations.

The National Electricity Market Objective calls for the market to operate in the “long term interests of consumers”, not the profits of the existing industry. The capacity excess and the RET are both driving lower prices, while the RET is encouraging the installation of the kind of generation capacity we need in a low carbon future, which is clearly in the long term interests of electricity consumers.

Third, government could influence which generator closures occur, for example by setting tough environmental standards that would discourage dirty power stations, which are often older, and the value of which should have been substantially depreciated over their past lives.

The Fact Checker is correct to draw attention to the illogical use of the existence of excess electricity generation capacity to attempt to justify cutting the Renewable Energy Target, and the fact that the RET legislation specifies a 2020 target of 41,000 GWh, not “20% of electricity”. Given the strong community support for renewable energy, only the incumbent electricity industry could see the RET’s “over-achievement” as being a bad thing. – Alan Pears

Have you ever seen a “fact” that doesn’t look quite right? The Conversation’s FactCheck asks academic experts to test claims and see how true they really are. We then ask a second academic to review an anonymous copy of the article.You can request a check at checkit@theconversation.edu.au. Please include the statement you would like us to check, the date it was made, and a link if possible.

For more information about the flaws in the RET review, visit these websites: 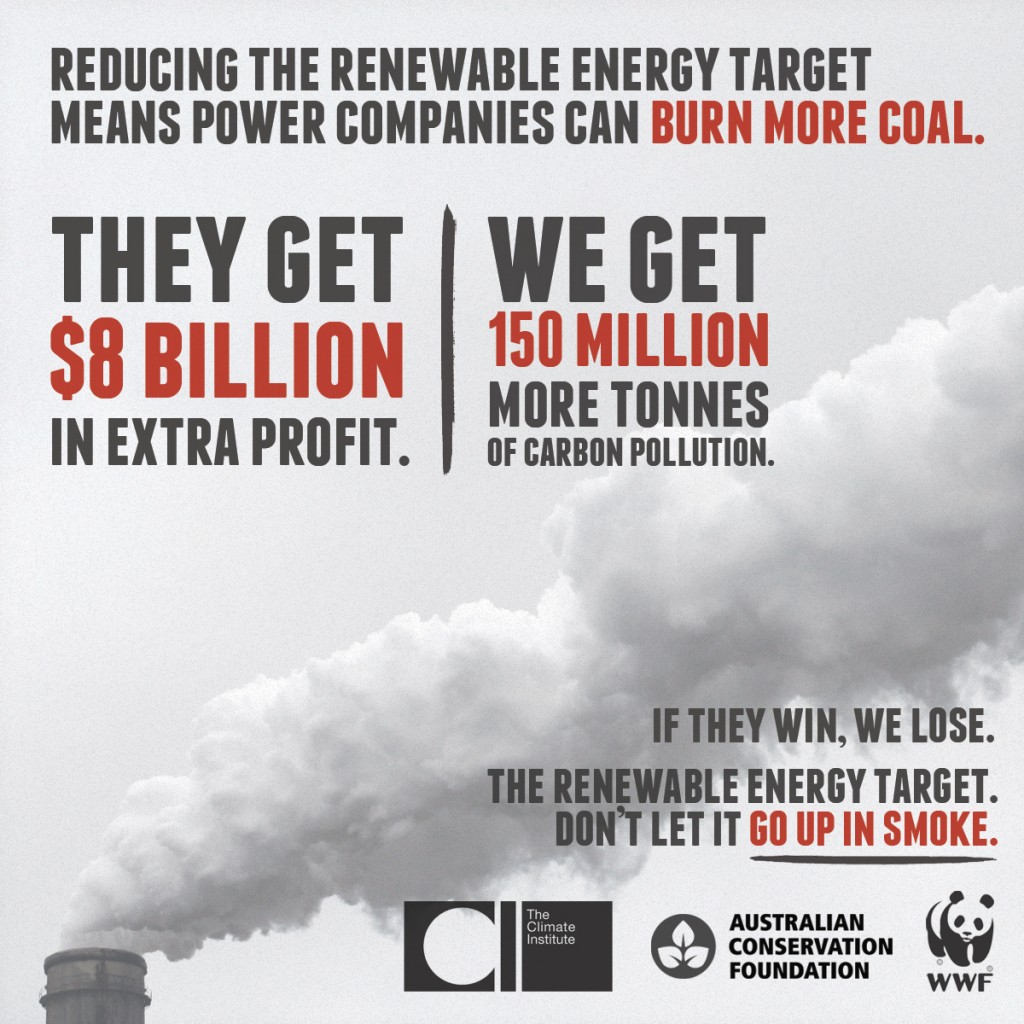