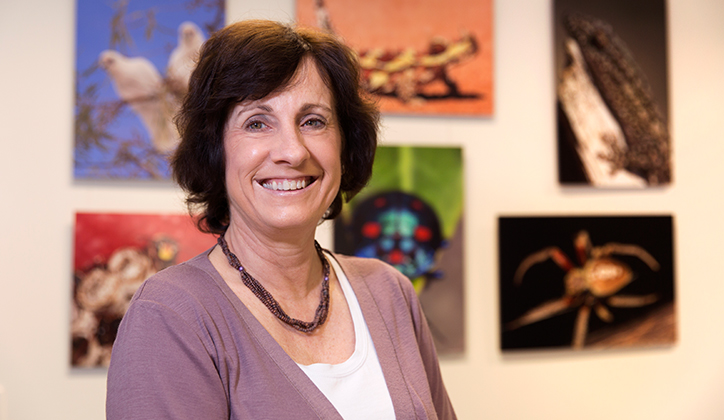 Professor Hughes has been researching and communicating the science of climate change for more than 20 years. She was appointed commissioner of the independent government advisory Climate Commission in 2011 and became a pro-bono founding councillor of the Climate Council of Australia in 2013. She was a lead author for the UN’s IPCC Fourth and Fifth Assessment Reports.

From a research background—predicting and then observing the effects of a changing climate on biodiversity— Professor Hughes moved to communicating beyond her scientific peers. Her goal is to translate the science of climate change in all its breadth and complexity to the wider public.

Professor Hughes’ free, online course via Open University Australia explains the science of climate change in straightforward terms for non-scientists. The course even received praise from climate sceptics—for them, what had been lacking was a clear explanation of the science.

“With issues like climate change, the science may be settled, but the debate rages on. For many scientists, this gap between science and public understanding is unfathomable. Lesley Hughes is bridging that gap,” Australian Museum Director and CEO Kim McKay said.

The Australian Museum Eureka Prizes are the country’s most comprehensive national science awards. The other finalists in the category were:

The University of Melbourne’s Professor Philip Batterham, a five-time Eureka finalist who engages non-scientists with evolution, climate change and health, and threw a 200th birthday party for Charles Darwin.

University of New South Wales’ Associate Professor Darren Curnoe, who has used his discovery of several species of our ancient hominin cousins, the Red Deer Cave people in China, to engage the public about evolution.

Read more at The Conversation here.