By Don Henry, University of Melbourne 25 September 2014: The 2014 UN Climate Summit has wrapped up in New York. What has progressed and what big challenges remain in the run up to and beyond the Paris negotiations in December 2015? Secretary General of the UN, Ban Ki-moon, convened this meeting of “Heads of State”.
Read more
Leaders from across government and business are sending a clear message to the world this week that climate change is a risk

that cannot be ignored, and, importantly, that they are ready to work together to bring down emissions. Seventy-three countries and 11 states and provinces.
Read more
Reproduced with permission from RenewEconomy - story by Giles Parkinson, 7 July 2014 As Prime Minister Tony Abbott pushes for the new Senate to repeal the carbon price in its first few days of sitting, his conservative government is coming under new pressure to.
Read more
3 June 2014: In what may be a defining legacy of the Obama administration, the United States Environmental Protection Agency has announced far reaching regulations to set a national standard to reduce carbon emissions from existing power plants. “In what is being called the ‘Super Bowl of climate change’, US President Barack Obama has signalled.
Read more 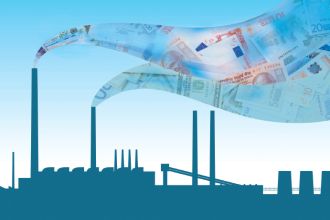 04/11/2013 - Carbon taxes and emission trading systems are the most cost-effective means of reducing CO2 emissions, and should be at the centre of government efforts to tackle climate change, according to a new OECD study. Effective Carbon.
Read more
By David Hodgkinson, University of Western Australia This is part two of a three-part series that follows on from the release of the IPCC report  (Intergovernmental Panel on Climate Change Fifth Assessment Report), looking at emerging alternatives to the UN climate agreement process. Since the climate change problem emerged as a major international issue in.
Read more
By Frank Jotzo The new Australian government is sacking the public service heads who implemented Australia’s carbon pricing scheme, and is closing institutions for climate change information and policy advice. It risks further politicisation of the climate change issue in the public service. Keeping at the very least the Climate Change Authority as an independent.
Read more
By Frank Jotzo Australia’s new government is likely to repeal the carbon price, by striking a deal with crossbenchers in the Senate after July 2014, or possibly going to a special election if it looks electorally attractive. Still, carbon pricing remains the logical choice for Australia’s longer term climate policy. Prime Minister Abbott has made it.
Read more