By Adam Bumpus, University of Melbourne 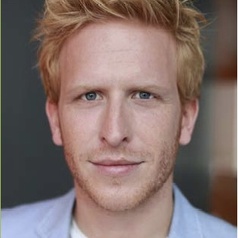 The bill to repeal Australia’s “carbon tax” is poised to pass the Senate, potentially leaving Australia without a working price on carbon. In the short term, the repeal may provide some relief for businesses and households as electricity bills fall — although possibly not as much as official estimates. But in the medium to long term repealing Australia’s carbon price leaves Australian business unprepared if the world gets serious about reducing carbon emissions.

A global agreement to reduce carbon emissions — in an attempt to prevent climate change of more than 2C — could come as soon as the end of 2015 at global talks in Paris. And several economies — including the EU, California, California in the USA, British Columbia in Canada, and pilot programs in seven Chinese cities — already have explicit or implicit prices on carbon.

Why is a price on carbon important?

A price on carbon allows businesses to factor the costs that they will have to pay for their carbon emissions into business decision-making. It means that executives can make decisions to switch technology, invest in different technology in other companies, or to do business in a different way to reduce their emissions.

This is a very old principle in dealing with environmental issues. We’ve done it before for sulphur dioxide, nitrous oxide and for chlorofluorocarbons to help prevent acid rain and halt the destruction of the ozone layer. We put a price on pollution as a way to remove the incentive to keep polluting.

If we don’t have that price in place then companies are able to emit as much carbon dioxide as they like without cost. This is traditionally what has happened. The real opportunity that is lost is that there is then no real incentive to move to new, renewable technology or to roll out existing renewable technology.

The carbon price is fundamental in both stopping emissions and helping organisations switch to low-emission technology and business practices. This will help them compete in a world where carbon is constrained.

Having no price on carbon could have significant impacts on Australian business in the short, medium and long run.

First, there are fewer incentives for business to continue to develop low-emission technologies. Other incentives exist, such as the Renewable Energy Target, and institutions such as the Clean Energy Finance Corporation and Australian Renewable Energy Agency can assist businesses and households to change to low-carbon processes. However, the price on carbon is a direct incentive to change the most heavily emitting processes, and to implement new technologies.

Second, Australian business will continue to depend on fossil fuels to generate energy and profitability. If our major trading partners, such as the US and China, move towards low-carbon economies, they will find it increasingly difficult to work with high-emissions businesses in Australia – from a compliance and a corporate social responsibility angle.

Those countries, despite reducing carbon emissions within their borders, would in effect be supporting continued emissions by working with Australian businesses that have not taken up low-carbon processes. We are already seeing companies like the US retail giant Walmart push sustainability up and down their supply and value chains because they don’t want to be associated with high-carbon business.

We have seen something similar in the moves against using sweat shops or child labour — and the same could potentially happen with carbon. International businesses are starting to take responsibility for their actions, with a nudge from policy and a push from the public.

Third, without a price on carbon, Australia will continue to rely on coal as a major energy source and export product. Under a global agreement to deal with climate change and reduce carbon emissions, it is likely that much of this investment in coal — particularly for electricity — would become “stranded”.

An end to carbon pricing?

Although repealing the carbon tax might appear to leave Australia without a price on carbon, it may still leave options open.

The Coalition’s direct action policy with its centrepiece, the Emissions Reduction Fund, could provide an effective price on carbon, although not as it currently stands.

The plan could effectively be a price on carbon if the penalties are strict enough to regulate companies’ emissions effectively.

The trouble for business is that without certainty on what that price or penalty will be, it is extremely difficult to take any real action to deal with carbon emissions in an economically sensible way.

Rationally, companies will therefore wait as long as possible to do any work on reducing their emissions. And, depending on the penalty, it may be better just to take the hit than actually change business practises or embrace new technologies.

Direct action as it stands doesn’t do what it is meant to do — either to deal with climate change, or help businesses switch to low-carbon profitability at scale. It could achieve this, but it needs to be ambitious and assist in creating low carbon innovation opportunities.

The longer we wait to take action on reducing carbon emissions, the steeper the reduction curve has to be. If we start to make reductions now, we can make more gentle reductions, working on it steadily and efficiently, and then go for bigger ambitions when we know we are on the right track.

But if we wait and wait, we get to a crunch point where we know we have to reduce emissions quickly, and it becomes really painful. It’s like cycling up a hill — if you’re riding up a gentle slope it’s not too much effort, and you can take your time to look around and enjoy the ride. Giving yourself a mountain to climb is a lot harder and a lot more more painful.