If Australia’s emissions trading scheme (ETS) is repealed, renewable energy production would shrink and Australia would fail to meet our renewable energy target, according to an analysis conducted on behalf of WWF-Australia. 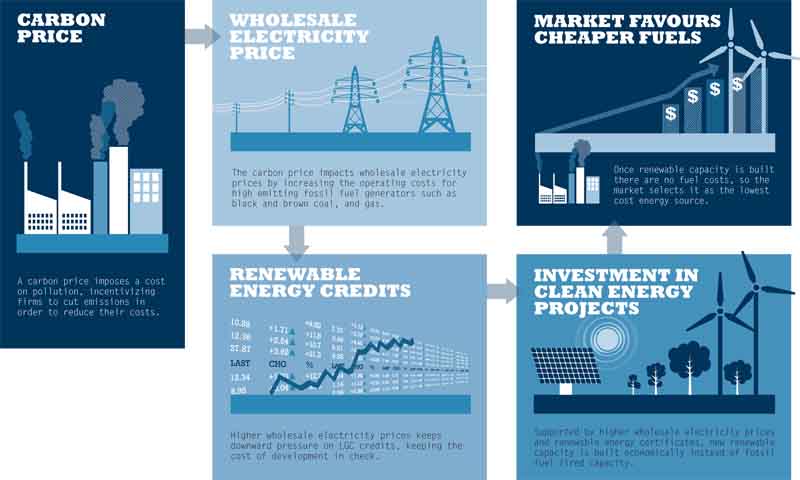 The report, prepared by specialist carbon and energy research firm RepuTex, also found it likely that retail electricity prices would rise as a flow-on effect of repealing the ETS.

“Australia is the second highest carbon polluter per person amongst developed countries because of our reliance on coal-fired power. Transitioning to renewable energy will drive a significant reduction in our carbon pollution.

“Putting a price on pollution supports renewables in two ways. First, it provides a long-term price signal to investors to favour the build-up of low polluting energy like wind and solar, and second it works with the Renewable Energy Target (RET) to help reduce the cost of building new renewables, particularly the cost to customers.

Key points from the report include:

“WWF is urging all parties contesting the upcoming election to include a price and limit on pollution, like an ETS, as part of their climate change policies and commit to stronger pollution reduction targets,” Ms Caught said.