The latest IPCC science report warned that the global greenhouse gas emissions must be contained within a finite carbon budget if we are to retain a reasonable chance of keeping global warming below 2 degrees Celsius. More than half of this global carbon budget has already been used up. 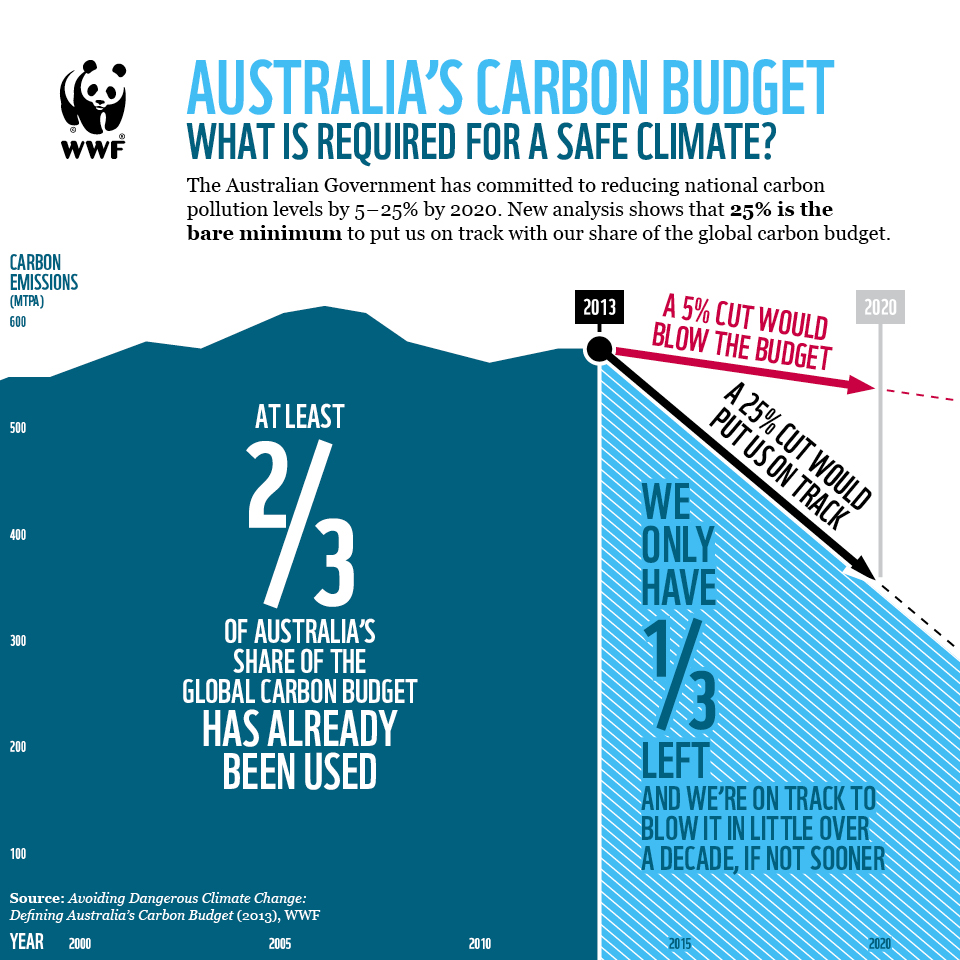 WWF commissioned global consultants Ecofys to analyse Australia’s position. The key findings, which have been submitted to the Climate Change Authority, are:

Australia has made an unconditional commitment to reduce pollution by at least 5% below 2000 levels by 2020 and to increase that target to as much as 25% if other countries take similar action.

“We’ve nearly blown our carbon budget already and time is running out. If we’re serious about keeping global warming below 2°C then we should immediately move to at least a 25% target,” WWF-Australia National Manager Climate Change, Kellie Caught said.

“A 25% pollution reduction target for 2020 is the bare minimum to put Australia back on track to meet our long-term carbon budget.”

“The good news is that other countries are taking stronger action. Unless Australia strengthens its target we risk falling out of step with key trading partners, such as China and the United States,” MsCaught said.

“The only credible way to meet stronger targets is if we have a stable, long-term policy framework in place, including a price and limit on pollution.”

“WWF is urging the Government to consult with key stakeholders to identify an environmentally effective, economically efficient and stable policy framework that is supported by Parliament, before repealing Australia’s current climate laws.”