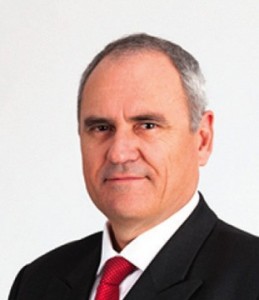 Reproduced from The Fifth Estate, 1 June 2016: Former head of Treasury Ken Henry on Friday called for Australia to adopt a radical approach to natural capital if it wants to safeguard economic and social prosperity. In a powerful speech at the Sustainable Business Australia’s Fiona Wain Oration on Friday, Dr Henry, now chairman of NAB, called on decision makers from all all sectors of the economy to shift the thinking from natural capital as a cost or need for repair of the environment after the event to one of positive action that contributed to prosperity.

This included valuing our cities’ natural capital, “our urban forest, made up of street trees, parks and gardens”, he said, pointing to a valuation of New York’s Central Park at $500 billion, or at $70 million a hectare a year, “the most highly valued ecosystem on the planet”.

In Melbourne it would cost $1 billion to replace the natural filtration system of the city’s water catchment if this was damaged.

“By investing in building our natural capital, we can enhance business resilience and productivity, and satisfy the aspirations of a growing population,” he said.

Following is an edited version of his speech

Healthy ecosystems underpin prosperous economies and resilient communities. The more we understand about the linkages between the stock of biodiversity and economic and social outcomes, the better placed we are to invest in improving all three.

Over a longer-term, 10 year period, the top four global risks of highest concern to the survey’s 750 respondents were environment-related. The need to address these risks is reflected in the United Nations’ new sustainable development goals, released in September last year.

Ambitious, yes. But consider what is at stake here. Already, one in four of the world’s children suffers stunted growth. Poor nutrition is responsible for nearly half of all deaths in children under five.

Several SDGs have ambitious targets related to natural capital. For example, SDG goal number 15, commonly referred to as “life on land”, sets a target for integrating ecosystem and biodiversity values into national and local planning, development processes, poverty-reduction strategies and accounts by 2020.

An example of the implementation of this goal is the US White House memorandum, issued in October last year, directing federal agencies to incorporate the value of natural infrastructure and ecosystem services into their planning, investment and regulatory decisions.

Every stakeholder has a role to play

A local council may have a policy to collect recyclable waste from its households, but it won’t work without households and businesses playing their part.

With rising population density, urban centres must manage their natural capital as well as, if not better than, regional Australia.

Researchers recently estimated the value of New York’s Central Park at $500 billion. At $70 million a hectare a year, this urban park is the most highly valued ecosystem on the planet.

The city of Melbourne derives its water from a forested water catchment. Were this forest to be damaged, the catchment would erode, the dam would slowly fill with sediments and the city’s water source would be polluted. A new filtration plant costing no less than $1bn would need to be constructed, not to mention the ongoing maintenance costs.

Our poor record of infrastructure planning illustrates the costs of decision-making with inadequate data.

In the area of infrastructure planning, the information gap between where we are and where we need to be is immense. A succession of government-produced Intergenerational Reports, commencing 14 years ago, have alerted Australians to the probability of this continent having to accommodate a population increase of an additional four million people in each of the next four decades. But few of our leaders want to talk about where these people will live, what infrastructure services will be required, and how environmental impacts will be managed.

These decisions – about where people will live, what will be built to support their lives, and what happens to the natural environment as a consequence – should be taken together. This might seem obvious, and I guess it should, but it is a long way removed from the way we have done things in the past: infrastructure build lagging population increase by years, if not decades; and the impact on environmental amenity largely being ignored.

The question we should be asking ourselves turns history on its head: supposing the Australian population is going to grow by two-thirds over the next few decades, in what infrastructure projects, or system of projects, should we be investing in order to protect, even enhance, Australia’s natural capital and its environmental amenity more generally?

Such a framework would enable the measurement of the health of our environmental assets and the change in their condition over time, using a common index (Econd).

In this framework, the measurement of environmental condition is motivated by an acceptance of responsibility to manage our natural capital in the same way we manage our social, financial, human and built capital. As the Group says, if you can’t measure it, you can’t manage it.

Frameworks for understanding and accounting for natural capital are not common, but they are not new either. Next generation initiatives are building off a range of foundation tools like the UN’s System for Environmental and Economic Accounting – an accounting framework that records the stocks and flows that are relevant to both the environment and the economy, first developed in 1993. Australia was the first country in the world to develop comprehensive national water accounts, in 2010. And with the launch of the Natural Capital Protocol in July this year, we will see momentum build further, as more businesses are supported in measuring and valuing their direct and indirect impacts and dependencies on natural capital.

Growing the economy and protecting the environment can be aligned.

As our population grows, degradation of our natural capital becomes ever more expensive; posing significant challenges for our economic prosperity. Turn that around: by investing in building our natural capital, we can enhance business resilience and productivity, and satisfy the aspirations of a growing population.

But there are significant things that individual businesses can do to contribute to that national challenge. This is one of the messages Fiona Wain would emphasise whenever she had the opportunity.
In that spirit, NAB is working towards integrating natural capital considerations into day-to-day decision making processes and risk assessments.

When I visited the farmers that we partner with in Moree, natural capital was far from an abstract term. I learned that our farmers consider it part of their core business. We all know that farmers go through dry and wet times. There will be drought.

But when the drought breaks:
– if you have invested in your built capital – your pumps will be working,
– if you’ve invested in your human capital, you’ll have staff to operate your machinery and the know-how to run your business commercially,
– and if you’ve taken care of your natural capital – managed your weeds, your water retention and your soil health – you will be well positioned to take advantage of future commercial opportunities.

Natural capital is not a footnote in a business plan, it is a core asset on the balance sheet. That’s true for an individual business; and it is true also for the nation.

Dr Henry said that NAB, in late 2011 one of the inaugural signatories to the Natural Capital Declaration – “a global finance-led initiative working to find ways to identify environmental dependencies in monetary terms”.
The bank also in 2015 launched an asset finance product that offers a 0.7 per cent discount to customers who purchase energy efficient and renewable energy investments. “Of the $70 million loaned to date, over 88 per cent of that product has been adopted by our rural customers”, he said.

The bank was now embedding management of natural capital into its credit risk assessment processes, with the aim of including it in its credit modelling within the next three to four years.

This work is being informed by the research the bank was carrying out with partners such as the CSIRO, the Australian wine industry, and universities to “investigate the links between good management of natural capital assets, financial performance and businesses resilience”.

He said leading businesses were already factoring biodiversity and ecosystem impact and dependency into their business strategies.

“In surveys of about 5000 of our agribusiness customers, more than 80 per cent have told us that soil health, water scarcity and energy costs are significant business risks. Biodiversity, minimising run-off and waste are not far behind.

“Over three quarters of our agribusiness customers tell us that they have made recent investments in initiatives to improve the sustainability and profitability of their operations”.

This summary of the Fiona Wain Oration was first published by The Fifth Estate here.